Below we have listed our FIVE REGULAR SEASON SHOWS in addition to our TWO “ALLEY IN THE PARK” productions.

Everyone is welcome to audition for THE ALLEY THEATRE’S 2022-2023 SEASON.  We are casting almost 90 roles for this next season: every show except A TUNA CHRISTMAS (pre-cast).

Anyone can audition.  Please prepare one short comic monologue and one dramatic monologue to present.  You will be asked to fill out an “Audition Form”.  Video auditions are welcome, from those who cannot attend the scheduled auditions.  They should be emailed to thealleytheatremail@gmail.com prior to 5:00pm October 16th. 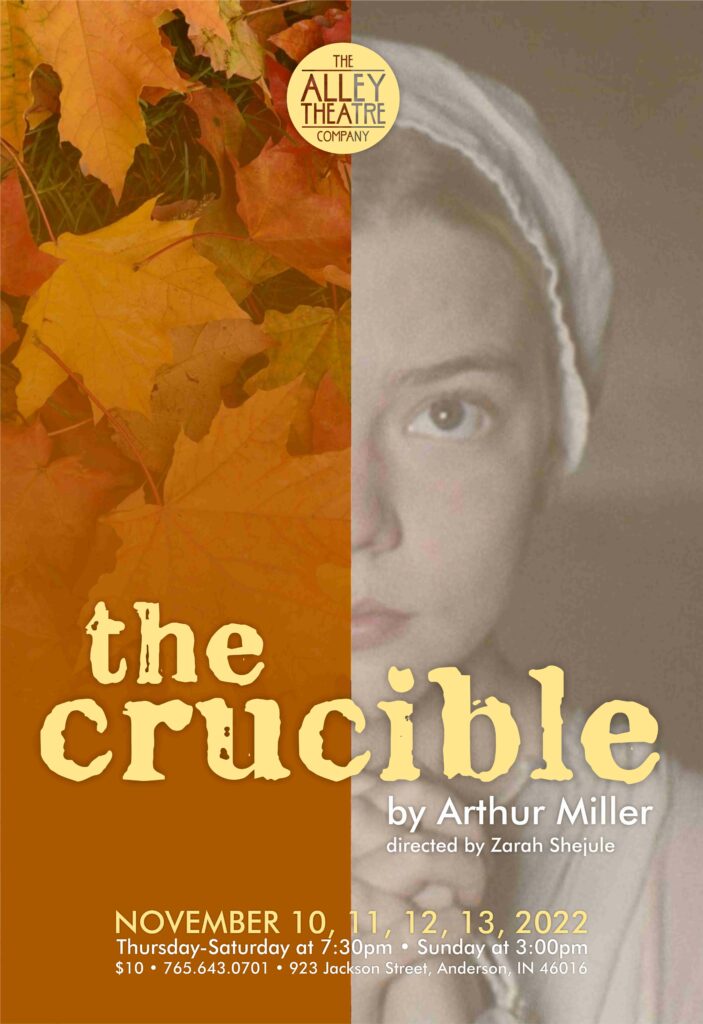 Set in the town of Salem, Massachusetts in 1692, Arthur Miller’s classic tale of suspicion, hysteria, evil, and truth is directed by ZARAH SHEJULE. This terrifying and superbly-crafted script, Mr. Miller’s commentary on the McCarthy “Red Trials” of his own day, is perhaps even more timely now than then. 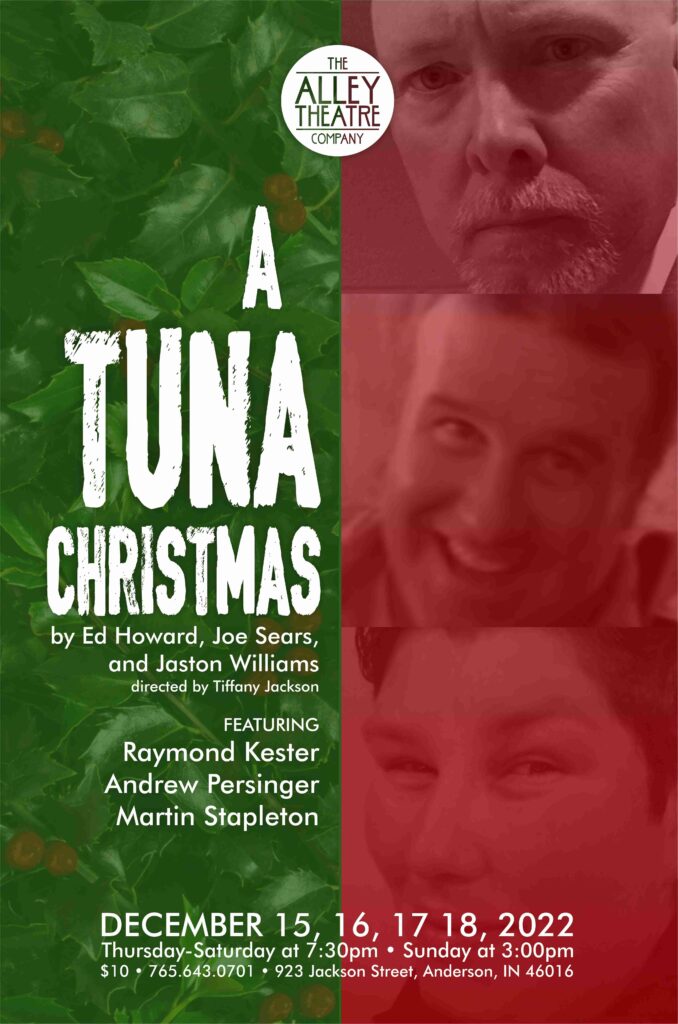 TIFFANY JACKSON corrals Raymond Kester, Andrew Persinger, and Martin Stapleton, as they portray, once again at THE ALLEY, the characters of fictional TUNA, TEXAS. This time the mayhem has a seasonal flavor. Come join in the warmth of laughter, during the Christmas Season. 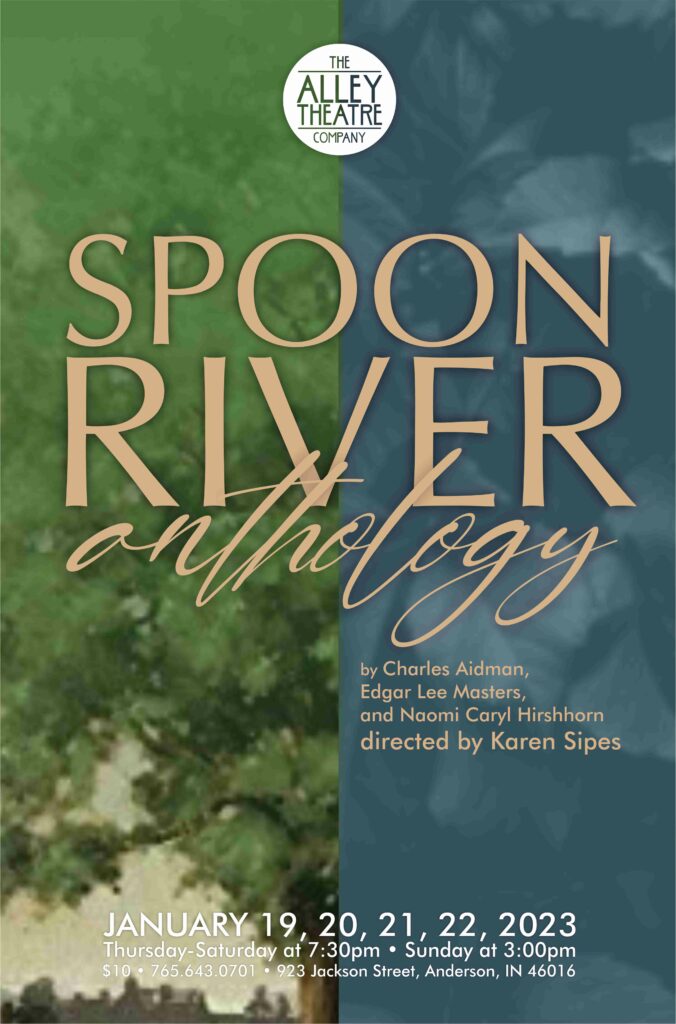 Meet the 60-some residents, now passed on, of the mythical town of Spoon River. Portrayed in free verse monologues and music, and directed by KAREN SIPES, these vignettes talk of the secrets these souls took to their graves. A handful of actors impersonate the community in this moving play for a winter’s night. 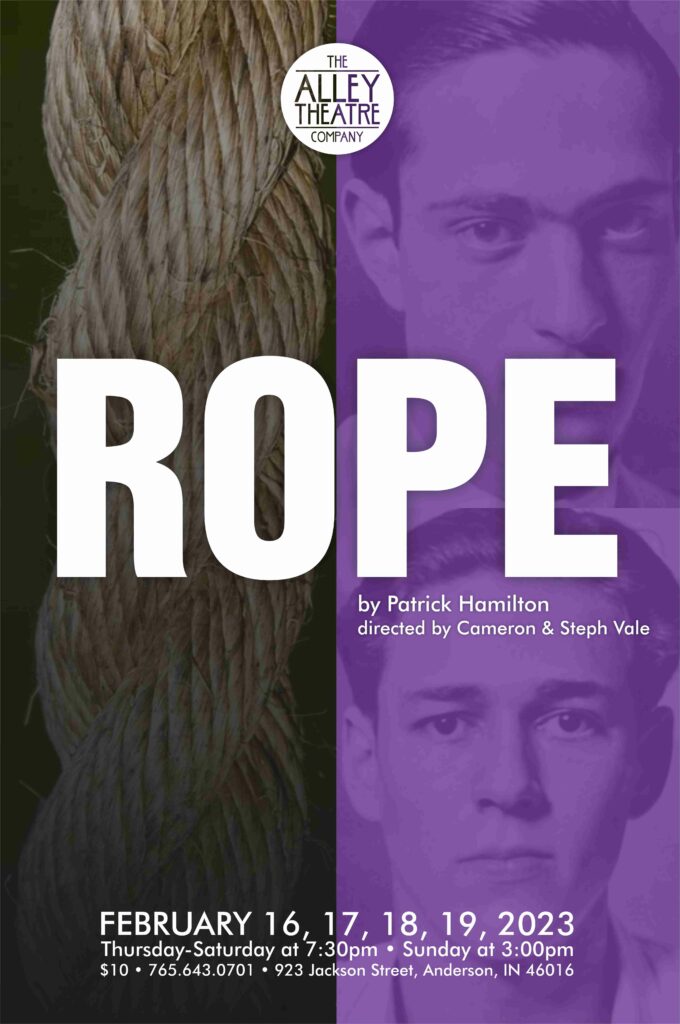 For the mere sake of adventure, danger, and “fun”, two undergraduates murder a fellow, innocent, and harmless, friend. CAMERON & STEPH VALE co-direct this script; inspired by the gruesome true Leopold & Loeb murder, and later played out, onscreen, in an early classic Hitchcock film of the same title. 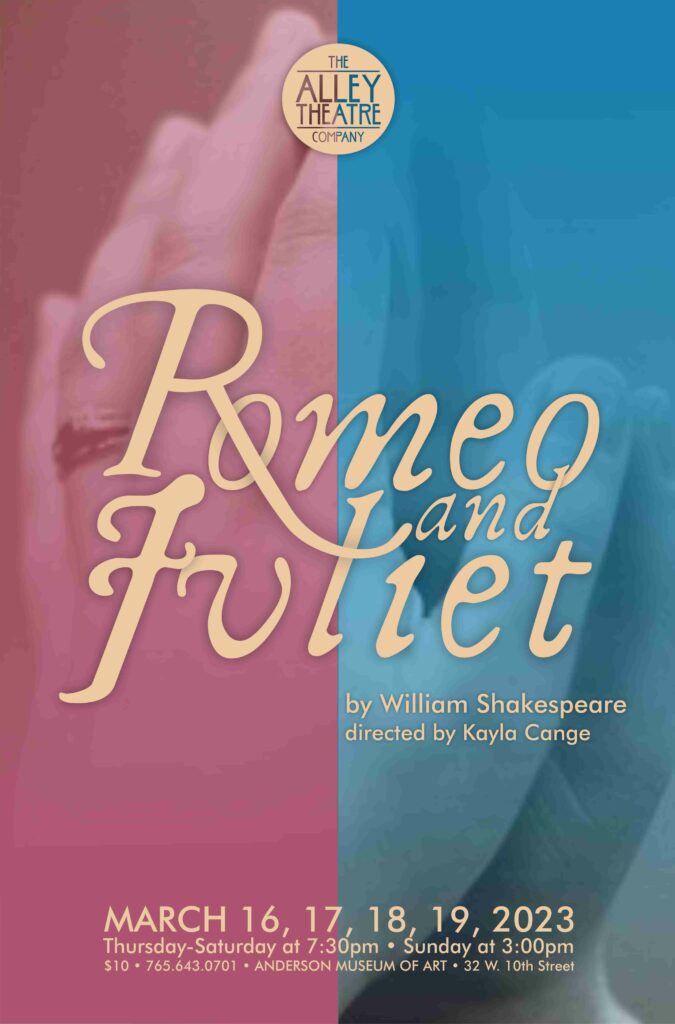 The ANDERSON MUSEUM of ART will once again house the lyrical phrases of Shakespeare, with the production of this classic play. KAYLA CANGE directs this tragedy of families, societal status, and young love, featuring some of the most famous lines in all theatre.

The four winning scripts of our 2022-2023 GREENBERG PLAYWRIGHT COMPETITION will be presented live, in the JAKE HOOVER/ALLEY THEATRE. Come enjoy a night of NEW plays!
Single tickets available for $10,
this is not a part of the regular season.

Bring some wine, and a picnic, and enjoy this classic script, directed by TONY JOHNSON, and performed in the beautiful, outdoor, setting of GRAY’S PARK in Anderson. Disguises and deceptions lead to laughter, in this Victorian comedy. Come early, “curtain” is at 7:00pm.
Single tickets available for $10,
this is not a part of the regular season.

There is a reason this play, originally performed in 455 BC, has survived to be performed today. Leadership, deception, and past behavior converge as King Oedipus’ country endures the plague. RICK VALE directs this production. Come early, “curtain” is at 7:00pm.
Single tickets available for $10,
this is not a part of the regular season.